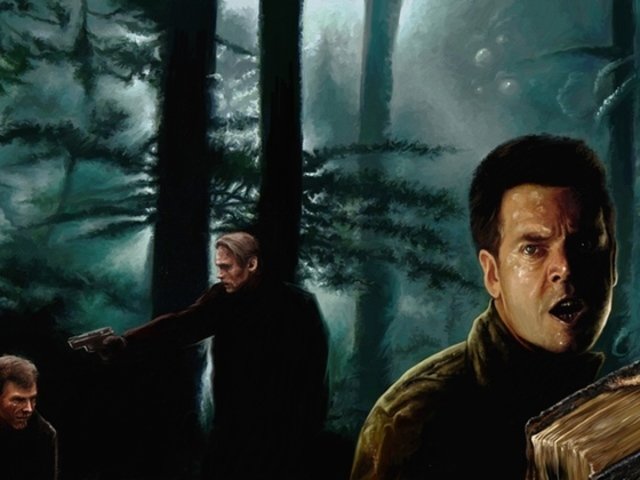 How much will U.S. shipping and handling cost?

U.S. BACKERS: Shipping in the United States is included in your pledge amount.

How much will shipping and handling cost outside the U.S.?

For each physical book you request, your pledge covers the first $10 of what it will cost us to ship it.

Please see the main project description for our current best estimates on additional shipping costs outside the U.S. Add those amounts to your pledge for the total.

Can I get a Reward Tier that includes all the printed books for one fixed, discounted price?

We know. Believe us, we know. Sorry.

When we set up the Reward Tiers, we didn’t think we would be able to offer The Fall of Delta Green in PDF, so we had to be really explicit about it not being a part of them. In fact that’s why we set up RISING THREATS for $80 and marked the earlier $100 versions as “sold out,” to reduce the price and make the bundle more appealing.

So. EVERY SINGLE PDF and EVERY SINGLE NEW PDF come with The Fall of Delta Green in PDF; but RISING THREATS does not. Each of those three tiers comes with a PDF edition of every other new book or short project (adventures, collections of artifacts or spells, whatever) that gets funded as a goal of this Kickstarter project.

The Reward Tiers say they don't come with THE FALL OF DELTA GREEN in PDF, but the main project description does. What gives?

When we set up the Reward Tiers, we mistakenly thought we could not offer The Fall of Delta Green as a PDF download without the hardback. So we tried to be REALLY CLEAR about that in defining the rewards so nobody would think we were trying to pull a fast one.

But we can’t change the description of any reward after it already has backers, so we’re stuck with those original, ill-informed descriptions.

How do I change my pledge amount in order to add a new reward or upgrade to the Case Officer's Handbook?

Via Kickstarter FAQs: “Visit the project page and click the blue ‘Manage’ button that appears next to your pledge amount. Enter a new amount in the pledge amount box. Note that you are not adding to your existing pledge; the amount you enter will be the total amount collected if the project is successfully funded.”

What's in the CASE OFFICER'S HANDBOOK?

Everything that’s also in the AGENT’S HANDBOOK, plus…

Can I upgrade my AGENT'S HANDBOOK to the CASE OFFICER'S HANDBOOK?

The Case Officer’s Handbook is an expanded rulebook meant not just for players but for anyone wanting to run long-term games or customize their campaigns from scratch. It has everything from the Agent’s Handbook plus a LOT more.

JUST ADD THE “UPGRADE” COST TO YOUR PLEDGE. After the project ends we’ll send a survey where you can specify what you want.

If you’re a store and you backed us in the BASIC RETAILER OPTION Reward Tier, you can “upgrade” one or more of your Agent’s Handbooks to the Case Officer’s Handbook for $10 each.

If I upgrade to the Case Officer's Handbook, won't I have to wait longer to play Delta Green than people who got the Agent's Handbook?

What game system does Delta Green: The Role-Playing Game use?

Delta Green: The Role-Playing Game is based on the percentile system used in games such as Call of Cthulhu and RuneQuest. We started with the RuneQuest system and the Sanity system that are covered by the Open Gaming License and customized them heavily to fit Delta Green.

See for yourself in the quickstart guide and the core rules, available online.

Why are you using a new game system?

Until now, Delta Green was always a setting for the team’s favorite role-playing game, Call of Cthulhu. But after Targets of Opportunity, it was obvious the time had come to make Delta Green a standalone game. That was not a simple decision. There are no deeper fans of Call of Cthulhu in the world than the team behind Delta Green. But creating a dedicated set of rules would focus the game like a targeting laser on the issues that are most compelling in Delta Green: not only individual characters’ health and sanity but the impact of their investigations on their personal lives. At the same time it gave us the chance to streamline the rules to fit the way Delta Green ought to play: fast, suspenseful, unpredictable, and rife with terrors that not even the most experienced players can predict.


Can I upgrade my AGENT’S HANDBOOK to the CASE OFFICER’S HANDBOOK?

How Much Will Shipping and Handling Cost?

U.S. BACKERS: Shipping in the United States is included in your pledge amount.

INTERNATIONAL BACKERS: For each physical book you request, your pledge covers the first $10 of what it will cost us to ship it. We’ll determine the final shipping cost at the time of shipping each book and you’ll need to pay it then. International shipping is expensive. We’ll do whatever we can to minimize the cost, including delivery to overseas warehouses for fulfillment if possible. But you should plan for rates as estimated by the USPS website. We expect each book to weigh about 0.9 kg (2 lbs) and to be about 9” x 12”. Please be aware that you may also be responsible for import duties, which we cannot include in your shipping charge. We cannot legally label your book as a gift or a zero-value item.

BackerKit is a service that crowdfunded project creators use to keep track of hundreds to tens of thousands of backers—from shipping details, pledge levels, preferences and quantities, whether they have paid or had their card declined, special notes, and everything in between!

The BackerKit software and support team is independent from the campaign’s project team—BackerKit does not handle the actual reward shipping. For more information about the preparation or delivery status of your rewards, please check the project's updates page.

How does BackerKit work?

After the campaign ends, the project creator will send you an email with a unique link to your survey. You can check out a walkthrough of the process here.

I never received my invitation. How do I complete the survey?

The most common reasons for not receiving a survey email is that you may be checking an email inbox different from the email address you used to sign up with Kickstarter, Indiegogo or Tilt Pro account, or it may be caught in your spam filter.

Confirm that the email address you are searching matches the email address tied to your Kickstarter, Indiegogo, or Tilt Pro account. If that doesn’t work, then try checking your spam, junk or promotions folders. You can also search for "backerkit” in your inbox.

To resend the survey to yourself, visit the project page and input the email address associated with your Kickstarter, Indiegogo or Tilt Pro account.

How do I update my shipping address?

When will my order be shipped, charged or locked?

That is handled directly by the project creator. BackerKit functions independently of the project itself, so we do not have control of their physical shipping timeline. If you want to check on the project’s status, we recommend reading over the project's updates page.

I completed the survey, but haven't received my rewards yet. When will they arrive?

As BackerKit does not actually handle any rewards or shipping, the best way to stay updated on the shipping timeline would be to check out the project's updates page.